Until Ohio achieved statehood in 1803

The position of Sheriff was filled through appointments made at the pleasure of the Territorial Governor. The first Sheriff on the record in Ohio was Colonel Ebenezer Sproat. At the time he was appointed in 1788, Colonel Sproat’s jurisdiction covered all of Washington County. This enormous area of land included all of eastern Ohio from the Ohio River to Lake Erie.

After statehood became a reality, only three public offices in Ohio were filled through the electoral process system. The position of Sheriff was one of them. Through this new system, William Skinner became the first elected Sheriff in the Buckeye State. Since the early 1800’s, Ohio Sheriffs have been elected on the county level by the people they serve. By virtue of this process, this office has become the oldest law enforcement position in the United States. It is also the only remaining law enforcement office which is filled through the election method. The term of office for County Sheriffs in Ohio is four years.

In each of the 88 counties of Ohio, the Sheriff is the chief law enforcement officer. His primary duties are to provide common pleas court services and corrections on a countywide basis, and full police protection to the unincorporated areas of the county. However, he also maintains full police jurisdiction in all municipalities, townships, and villages. In an effort to become consistent on a statewide level, Ohio Sheriffs and Deputies wear a standardized uniform, and all patrol vehicles are marked in the same manner.

Within Ohio, Sheriff’s Offices have probably one of the most extensive sets of responsibilities to those they serve. By statute they must provide the following:

* – Coroner and acting Sheriff.
** – Died in office.
Special thanks to Deputy Donn Steer and Mr. Richard E. Bauer for their input and historical data provided for this list. 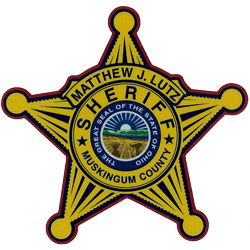